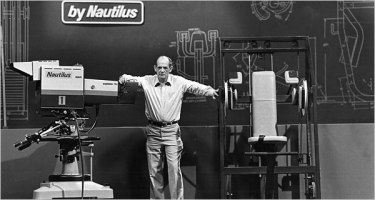 The Colorado experiment was designed by Arthur Jones and supervised by Dr. Elliott Plese, who was the director of the exercise lab in the Department of physical education at the Colorado State University. The experiment was intended to be a brutal example of minimalist training. And with 3 workouts per week, Casey Viator supposedly gained 63 pounds of muscle in 28 days where he increased his body weight by 45 pounds and lost 18 pounds of fat. How the hell did he do that? 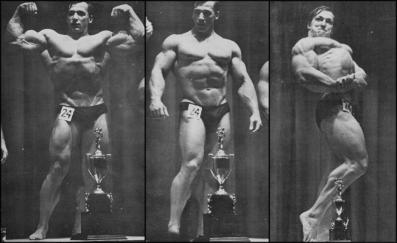 Let’s back up a bit before the experiment started. Casey Viator was a freak of nature, and his genetics were absolutely insane. He was the youngest ever Mr. America winner in 1971 at only 19 years of age, weighing 218 pounds at 5 foot 8 inches tall. He demolished the competition against people who were a lot older than him and had years of training on him. In an interview with Bodybuilding.com, he said that at a young age he seemed to grow doing regular sports. That his arms and legs grew from just running and hitting baseballs, and that his body responded quickly.

There has been a lot of speculation about his weight before the experiment. Some say that he simply gained weight back following a car accident. Ellington Darden writes about the Colorado Experiment in his book “the new high intensity training” and states that a serious accident at the plant he was working at caused him to lose part of his finger, and a few days after that he almost died due to an allergic reaction. He had little appetite and lost 33 pounds of muscle the following 4 months.

Tim Ferriss asked Casey about it in his book the four hour body. He told Tim the he simply dieted down for about two months as instructed pre-experiment and lost approximately 20 pounds of muscle mass. Either way, Casey demonstrated the potential for greater than average muscle mass, and during the experiment he was rebuilding previously existing levels of muscle mass. 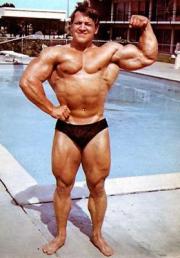 The Colorado experiment took place in 1973, 2 years after he won mr. America, when Casey was 21 years old. Arthur Jones recognized that Casey needed to get back to training, and with the knowledge of his muscle building potential, he wanted to do a case study with him. Jones sent all his latest Nautilus machines to Colorado state university and had them assembled in the exercise physiology laboratory. 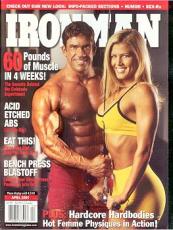 The experiment lasted for 28 days and was closely monitored by Dr. Elliott Plese, the director of the exercise lab in the Department of physical education and the results were published in Ironman magazine. Arthur jones believed that muscle growth was related to the intensity of the workout. And a large amount of training was neither necessary nor desirable. The average workout was done under 30 minutes of training, every other day for the full 28 days.

The same year as the experiment was conducted, Arthur Jones invited a young Arnold Schwarzenegger at 23 years old. He had just won his first Olympia, and came to train with him and Casey Viator. This is what Arnold said about the training Casey Viator did in the October 1973 Muscle builder Magazine: 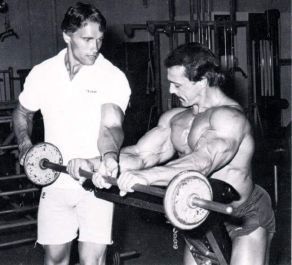 “Viator is a gym monster. I’ve never witnessed such ferocious, almost suicidal training in my life. He kills the weights. He mangles the equipment. And most of all he tortures himself to hysteria. Some day, he may have to ba dragged from the gym in a straightjacket, and I’m not kidding. His main training principle is forced reps, but not the kind I or any other star have the guts to do. I mean forced reps after the last normal rep has been forced out. He does forced reps until an observer could puke of horror. He switches from movement to movement. From apparatus to apparatus faster than you could take notes. He bangs away at each set until he can’t muster another muscle twitch. He flushes each body part until the limb or area is paralyzed. This prime quality multiplied by dedication and madness no bodybuilder has ever approached. If I had to do this everyday, I’d opt for a hernia, go back to Austria, and be a ski instructor.”

First of all, he used extremely heavy weights and negative-only sets was the major principle he followed. The weights was raised with some help using a lever and then lowered with the targeted muscle, allowing heavier weights than otherwise could be lifted. The Nautilus equipment that was used was designed in a way where you could use your legs to help in the positive movements. This was done with only one set to failure.

And third, Casey ate about 6-8 meals per day like it was his job, which it actually was. He had a cash incentive per pound of muscle gained.

This is what Bill Starr said about Colorado Experiment:  “What the public didn’t know was that Casey was taking steroids the whole time without telling Arthur and he was also sneaking out to a local YMCA to train with some real weights. I know this because Casey told me so.”

However Tim Ferriss also asked Casey personally about this when writing his book the four hour body, and this was his answer: “There has been a lot of questions regarding steroid use. Many people claimed that I loaded up for this experiment. I can honestly say that there was no use of steroids during this study, which is a very important point. I was closely monitored in a closed environment.”

Arthur Jones, who conducted the experiment was heavily against the use of steroids and this is stated in one of his early training manuals for Nautilus. When the study was done, Casey said that he was very proud of the results, and that it contributed to the awareness of how much time is wasted in most individuals workouts.

Let’s go through the results before and after those 28 days. 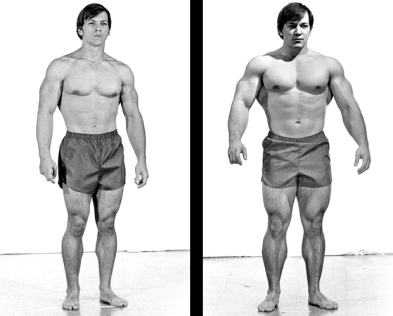